The station is known for presenting local music

Sunny Govan Radio, or Sunny G for short, is a community radio station based in Govan, Glasgow, Scotland. It is run by the Sunny Govan Community Radio Group. It broadcasts a wide variety of music, news, and other programs. It has been broadcasting since 1999. Listeners are welcome to send in their own songs and requests to be played on Sunny G.

The station is known for presenting local music, news, and health information. It also features music output with a focus on local artists and bands. This has made Sunny Govan one of the most well-known stations in the city. It is available on 103.5 FM. It is broadcast in English and Welsh.

Sunny G Community Radio was born out of the need for a community radio station that represented the diverse voices of the neighbourhood. In fact, it began broadcasting from an old police station in August 1998. The community radio group transformed the former interrogation room into a radio studio and platform. For two weeks, the station broadcast uplifting messages, vital information, and even a few Scheme songs.

Despite the challenges faced by Sunny Govan, the station remains a vital part of the community. Its staff and station are based in a historic working-class neighbourhood. However, due to a decline in funding, the station may have to close its doors. Several revenue streams were affected, including advertising. It also lost regular fundraising events. 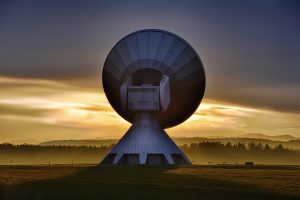